Hands-Free driving laws are getting tougher. About time...Oh Yes! You heard me. The law is about to get that bit tougher on everyone who uses their mobile phone whilst driving. This could be particularly bad if you have just passed your driving test. 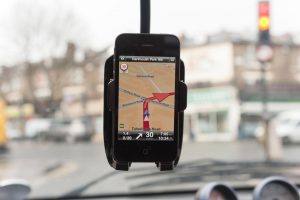 DOUBLE THE PUNISHMENT Personally I think the person who's caught should get a ban, your driving license is a privilege and you should look after it, and be a responsible driver. Please let me know what you think in the comments below.

Even if you’re otherwise driving safely:

Fines in court will almost certainly be larger and disqualification is possible – the maximum fine in a court is £1,000, or £2,500 you were driving a bus or a goods vehicle.

You only need to be seen

These offenses apply simply if you’re seen using a mobile while driving.

The police have even been using unmarked lorries to observe drivers who text or phone as the higher seating position means they can see and record offenses not normally visible from a car.

If your driving’s bad, or if there’s a crash while you’re using the phone, you could be prosecuted for careless driving, dangerous driving or, if someone is killed, for causing death by careless or dangerous driving.

Fines can be much greater, and prison's almost certain if a death's caused.

While it's an offence to be seen using a hand held phone, regardless of whether driving has been affected, this is not the case for hands-free phones.

If you’re seen not to be in control of a vehicle while using a hands-free phone you can be prosecuted for that offence.

The penalties for 'not in proper control' are:

Your employer may be open to prosecution:

It's not a specific offence to cycle and use a hand held mobile phone but you could be prosecuted for careless or dangerous cycling.

The AA Trust has embarked on a yearlong campaign to change behaviour towards driver distraction.

The campaign kicked off with the launch of a new film, 'Cadence'.

A young film-maker became so uncomfortable by her peers’ driving and use of mobiles at the wheel that she has produced a film with a safety twist, thanks to funding from the AA Charitable Trust.

Following on from Cadence, and timed to coincide with the increase in penalties for hand-held mobile phone offences, the AA Charitable Trust and Think! are raising awareness of the dangers of distracted driving with a new ad by adam&eveDDB to be shown in cinemas, video on demand, and online.

The ad highlights the danger of texting whilst driving with a narrative that follows a couple leaving a nightclub: the woman, who is the designated driver for her intoxicated boyfriend, starts to reply to a text as they start their journey. The boyfriend notices and suggests they swap places, in a move that makes a bold statement on the dangers of using a mobile phone whilst driving.